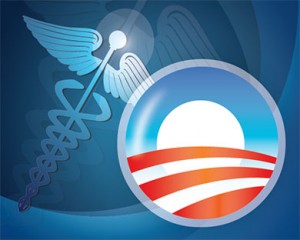 This article was written by my good friend, best selling author, Kurt Eichenwald. It worth sitting down and taking the time to read this one.

Last week, I wrote a lengthy piece to refute the Republican lies about Obamacare. This week, I am going to write about some of the truths.

Let me start by acknowledging: Obamacare is not perfect. Neither is Medicare. Neither is Social Security. Or capitalism. Or your household. Any large system—whether proposed by Republicans or Democrats or any other circus barkers—will have flaws, many of them unfixable, that cause bumps and starts. If we required perfection in all things, we wouldn’t even have a military. Demanding such unrealistic performance is a prescription for overall failure as a nation—as a wiser person than me once said, the great is the enemy of the good.

And we need the good because, fundamentally, the American health-care system stopped working properly long ago. (Unfortunately, this will get a little wonkish—screaming “death panels” and “socialism” is far easier than explaining medical economics.)

Normally, I would start this discussion by providing chapter-and-verse details about the 47 million men, women, and children who now have the opportunity to obtain health insurance, to live longer and healthier lives, to avoid needless bankruptcies. But, in what to me is one of the saddest developments in our nation’s history, that reality is irrelevant to ardent Obamacare opponents. Words like “takers” and “slackers” are thrown at the uninsured, as if they have brought their pre-existing conditions, jobs without benefits, or low-paying positions on themselves. One Tea Party type I spoke with actually said the way to solve the health-care problem would be for the lazy uninsured just to take jobs that provide insurance benefits—as if there were tens of millions of such employment opportunities out there, unfilled. It’s the kind of simplistic answer that allows for the willfully blind to ignore the realities of the uninsured.

But enough. I’ll address the difficulties of the uninsured further down. These days, I have to start by answering the question “What’s in it for me?” (One side note: I’ve always wondered how many of the commenters who criticize my pieces ever actually read them. So, will all critics please type the phrase “I think you’re wrong” at the beginning of your comment? Let’s see how many do.)

The first thing to understand is that when people don’t have insurance, it hurts other people withinsurance. In fact, the uninsured affect the finances, quality of care, and availability of medical assistance to every person in a community, regardless of their insurance status.

This is the fundamental issue that too many people do not understand. There seems to be this belief among some that those who are uninsured simply go off and die somewhere, thus having no impact on the medical-care-delivery system in the United States. But the opposite is true—the uninsured have some of the most dramatic effects of any group on our nation’s health-care system.

Here’s why: they seek out care, but usually when their once easily treated conditions have blossomed into a serious illness. Because private doctors do not take them, and because free clinics are not readily available, the uninsured seek their care in emergency rooms.

To some Republicans, that’s just fine. During the 2012 campaign, Mitt Romney burbled happily about how the uninsured could simply go to emergency rooms for health care. So did George W. Bush in 2007, when he stated, “People have access to health care in America. After all, you just go to an emergency room.” (more…)